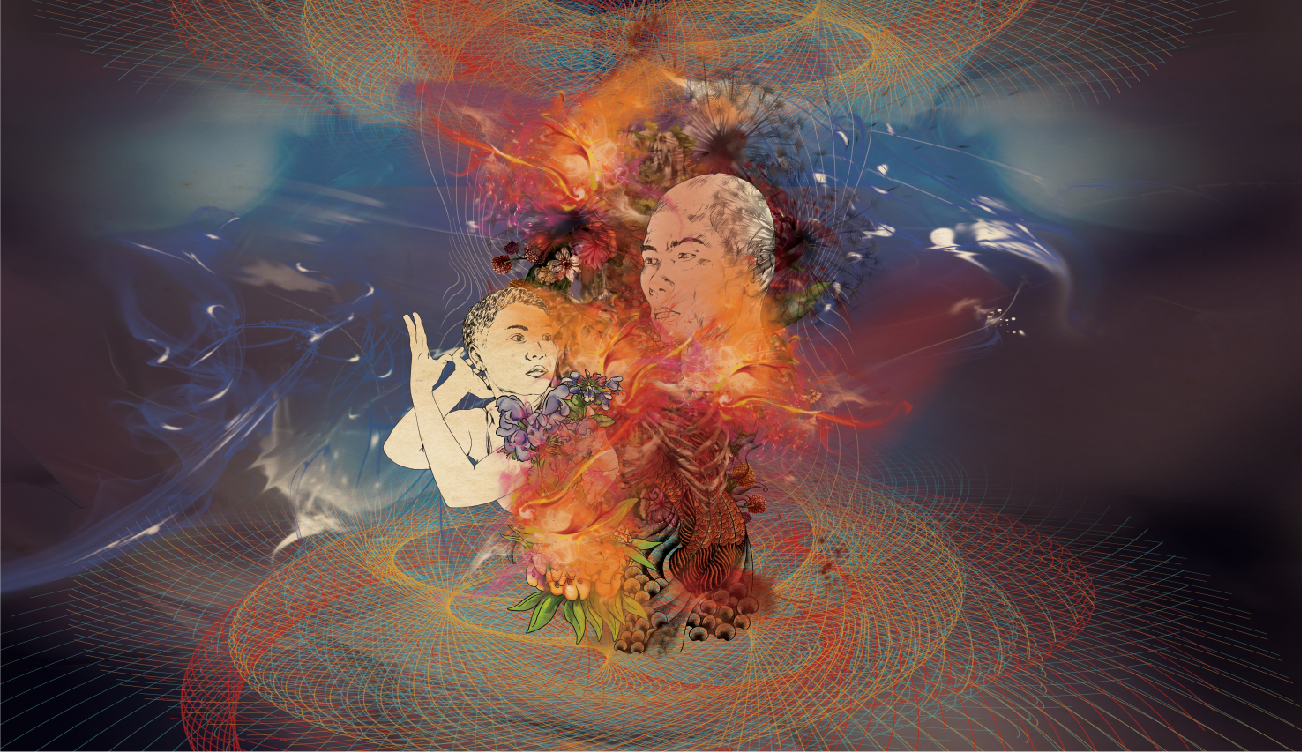 “Age of Revelation” views the idea of Kali Yuga, which takes its name from Sanskrit scripture and the Mahabharata, meaning “the age of vice”, a variant view from Zen Buddhism’s perspective of the end of an era, Dharma.

At its core, the film is an interdisciplinary exploration of man’s fraught relationship with nature and technology in the 21st century. The work details the distancing between human and nature, human and God(s). It also highlights corrupt powers and external forces that inform people, their actions, and the environment that surrounds them. Only in love and light will peace be realised, even without order.

The Age of Revelation is a sound-film collaboration between SAtheCollective and filmmaker Liao Jiekai as part of an artist commission by the Singapore Chinese Cultural Centre. It features choreography by performance artist Effendy Ibrahim and participation by local performers and dance artists as the cast.

This sound-film will be conducted in English and Mandarin.

All users and visitors to our premises will need to adhere to safe management measures. Meanwhile, do stay connected with us via Facebook or Instagram. For latest updates on the COVID-19, please check MOH’s website at www.moh.gov.sg/covid-19, or sign up for the Gov.sg WhatsApp channel (www.go.gov.sg/whatsapp).